Picture it. It’s my first day back at SEP after being away for over 5 years. After a crash course onboarding with IT, the Ops Team asked to see me in the War Room. “We have a secret project for you.”

What was the project? The new SEP owl mascot, of course! I was ecstatic to design something so important and meaningful right out of the gate. And now, reflecting back, I thought many of you might enjoy a behind-the-scenes peek at my thinking and design process as I tackled this momentous project.

The 6 Key Principles of Logo Design

Now, I know our owl friend is not a logo, but I always try to use these 6 Principles when designing any sort of important brand mark:

Where to Begin? Step 1: Market Research

With these 6 principles in mind, I first started by doing some market research. Like I said, there are a LOT of owls already out there. I tried tracking down as many existing owl variations as I could to see their application and uses. As a designer, I often look to see what others have done before so I don’t accidentally replicate something that already exists. Previous work can also spark new inspiration. Here are a few examples of what I found: 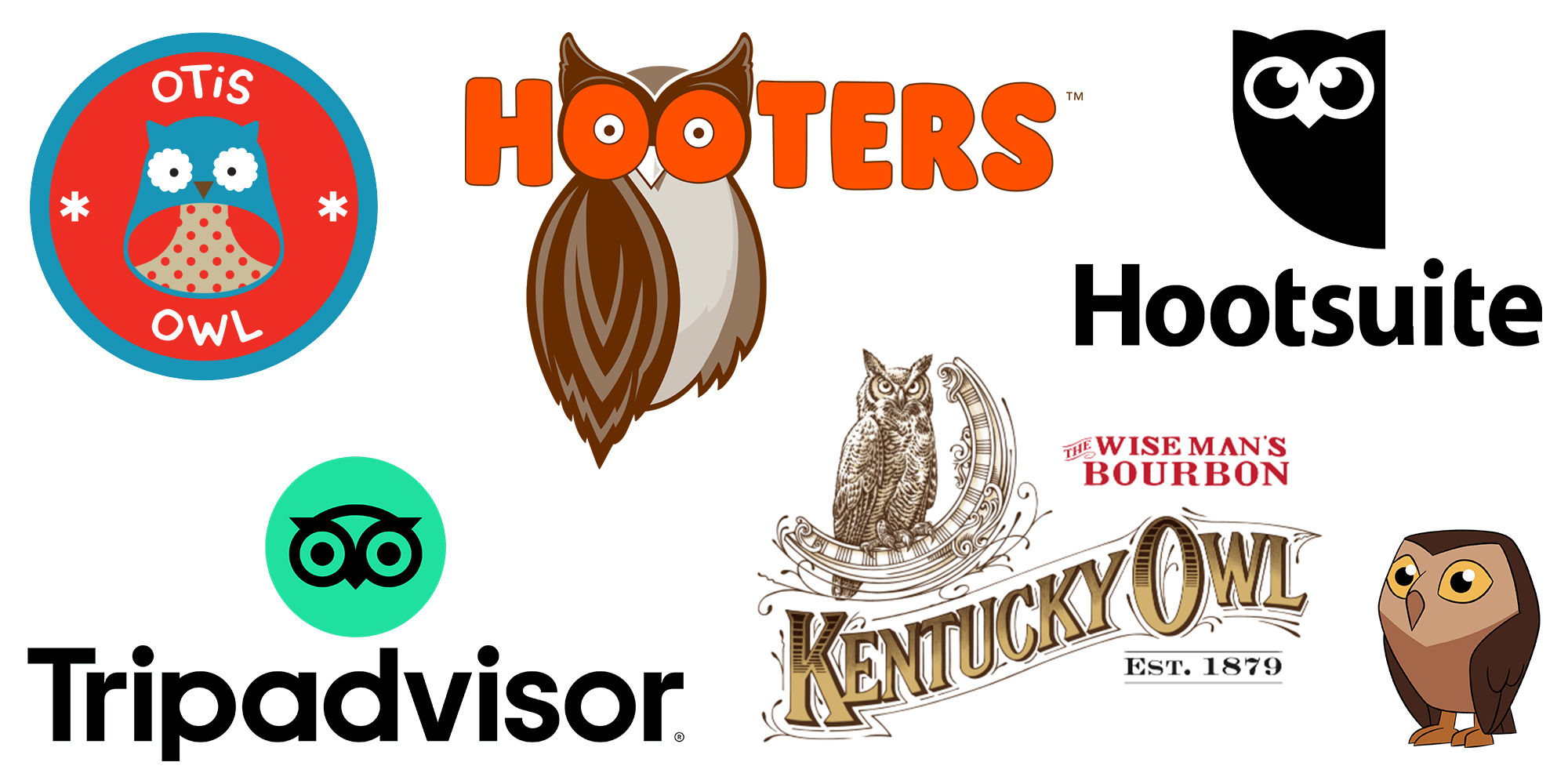 After discovering what out there being used by other companies, it was time to actually start designing. To begin, I found a bunch of existing examples of stock owls to use as a base for inspiration in coming up with two VERY different options or looks. I designed them in Adobe Illustrator and showed them to the Ops Team to gauge which direction to go in. I also designed them in black and white before ever considering color. Can you guess which option we went with? 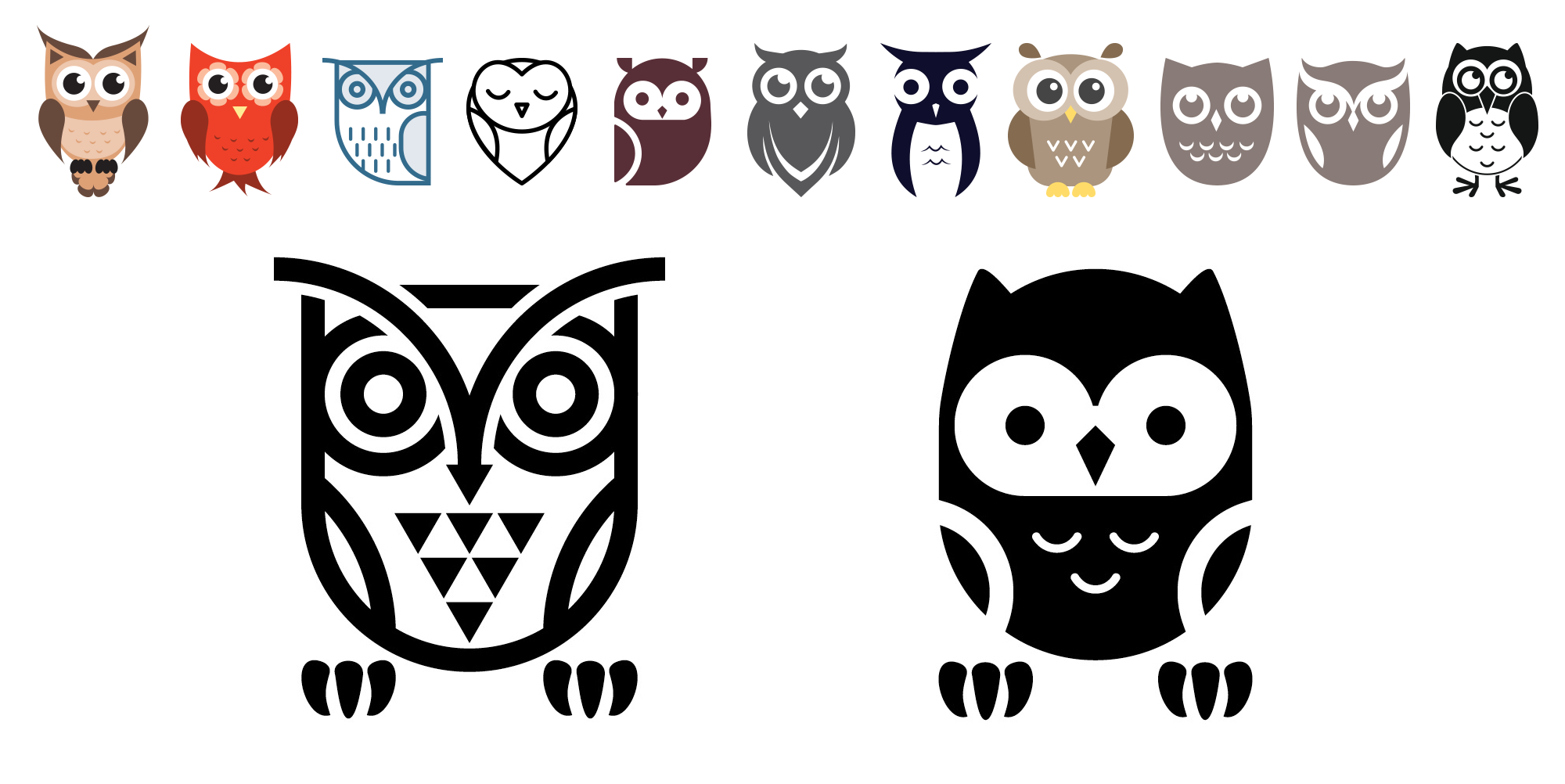 With a base to start with, we began the process of iterating. First we elongated the wing shape, then elongated even further and made the claws smaller. At this point we also started to get feedback from others.  “It’s too cute.” “The eyes look too mean.” Admittedly, it’s still pretty cute, but I did change the ears to BATMAN ears. Well, Batman-esque. It was also at this point that I started adding and playing with color. SEP brand colors all the way! After all of that, I still didn’t feel like it was unique enough for SEP. What made this SEP’s owl rather than some random owl you would see in a children’s coloring book? That’s when I added the hex feather pattern to match our other hex elements and our mascot was born.

Along with the basic design, along the way I also provided variations of the designs so my stakeholders could see them in different use applications. The most basic variation is of our owl in flight. I may or may not have drawn inspiration from elements of the Legend of Zelda for the wing shape (my favorite game series). They also wanted the owl to be able to be dressed up from time to time, so it could communicate a message, which was also fun to imagine.

I hope you all love our new owl friend as much as I do. Since this was a “super secret” project that we wanted to surprise employees with when we moved into our forever home, it was difficult not being able to consult with other designers  throughout the process.

We have so many options on how we can incorporate the owl in our sub brands – maybe an owl in a lab coat, or a gamer owl? I am open to feedback and hearing what ideas you have!

It’s also my secret wish to one day get a plushie made. We’ll see. The future possibilities are limitless.