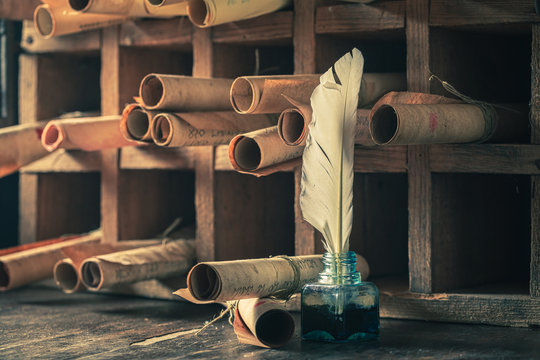 On the last day of a 20 month-long project, my customer asked me, “Could you give a brief overview of everything you guys have done for us over the last couple of years?” 😅

As a new lead, I hadn’t thought of starting an engagement chronicle until closer to the end of the project. By then, I could create an outline of staffing changes and features developed, but it didn’t create a very good story for me to tell on that last day of the project.

Here’s a prioritized list of things I wish I had included:

Okay that’s great, Giuls, but how would I organize all that stuff?

Any notebook with a tabs/section feature would do, anything from OneNote to a few markdown files.

Gretta was promoted to Principle Engineer at Dunder Mifflin!

Implications: They’re going to be more architecture focused, so we’ll need to start consulting with Amy for our usual technical discussions.

Experiments from #3 would make great case studies. Craig Sullivan has a pretty awesome A3 Experiment Sheet to organize this type of information.  Here’s an example of the one I should have done for my team: 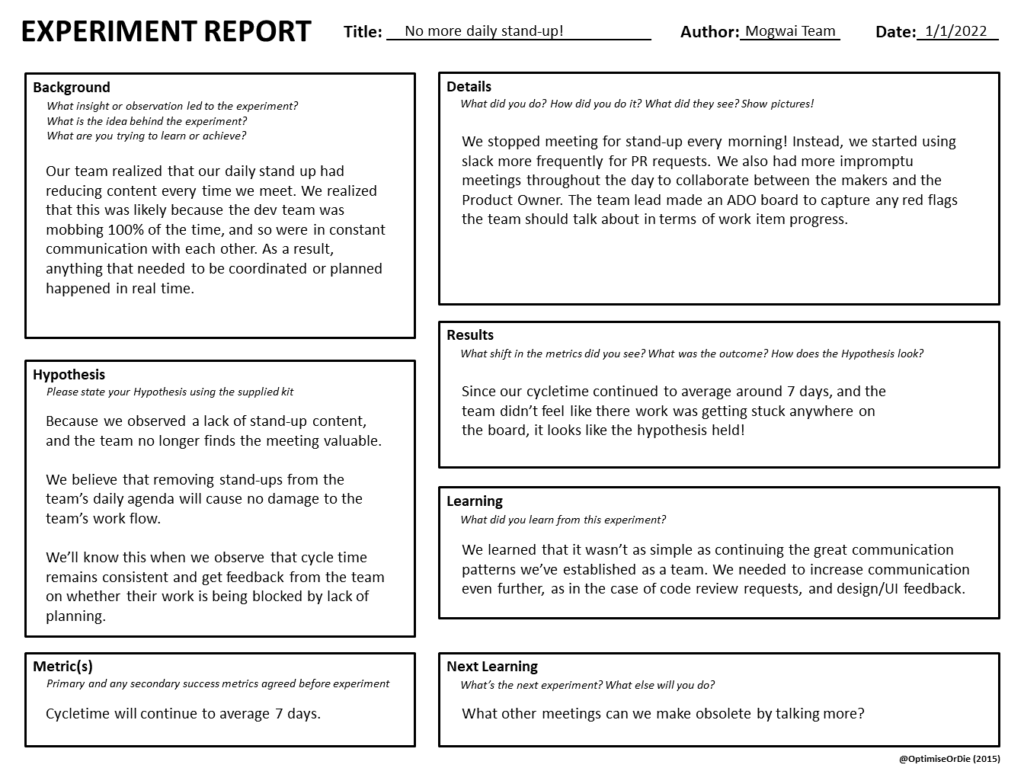 And then we have #4 #6 and #8 – wins, losses, and client feedback. They can each be their own unordered list of journal entries:

I prefer markdown, so I end up with… 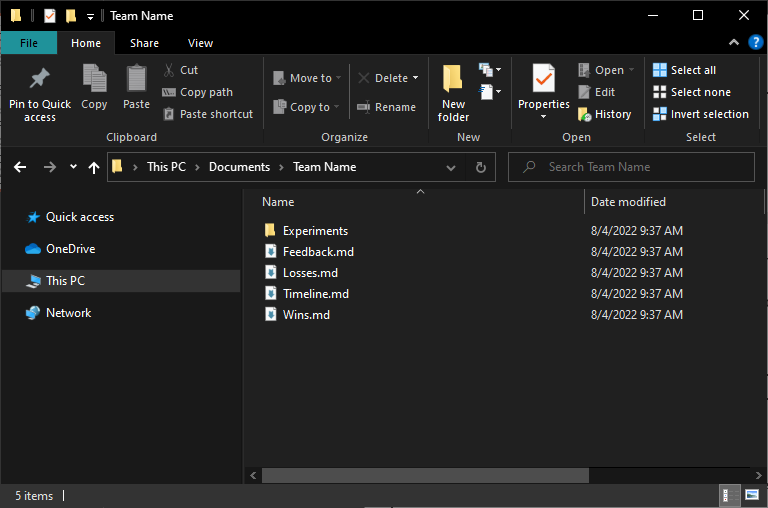 👋 Do you chronicle your projects? Reach out and let me know what you find useful!